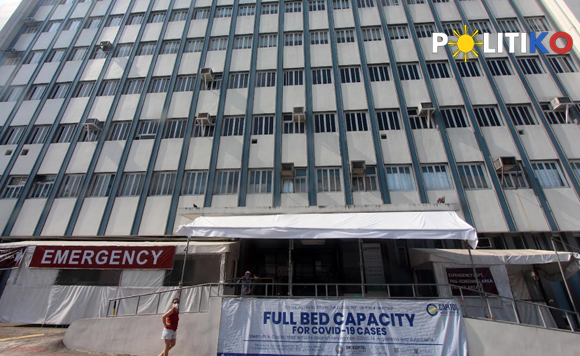 0 3,978
Share
Want more POLITIKO News? Get the latest newsfeed here. We publish dozens and dozens of politics-only news stories every hour. Click here to get to know more about your politiko - from trivial to crucial. it's our commitment to tell their stories. We follow your favorite POLITIKO like they are rockstars. If you are the politiko, always remember, your side is always our story. Read more. Find out more. Get the latest news here before it spreads on social media. Follow and bookmark this link. https://goo.gl/SvY8Kr

Anakalusugan Rep. Mike Defensor said the funds were included in the P5.024 trillion national budget for 2022.

“The extra taxpayer subsidy will allow these hospitals to provide more services and financial assistance to their patients, many of whom are residents of Quezon City,” Defensor said.

He said the Lung Center of the Philippines received a P179 million augmentation or from P505 million in 2021 to P684 million this year.

Defensor noted that in the case of the Philippine Children’s Medical Center, its 2022 budget will go down by P400 million to P1.5 billion because its allocation for the procurement of various medical equipment in 2021 was a one-time appropriation.

Funds for the Philippine Orthopedic Center will be augmented by P102 million or from P934 to P1.036 billion; the budget for the National Children’s Hospital will go up by P66 million, from P595 million to P661 million.

He urged the local government to match the national government initiative by allocating more funds to its hospitals to accommodate more patients, especially at this time of health pandemic.