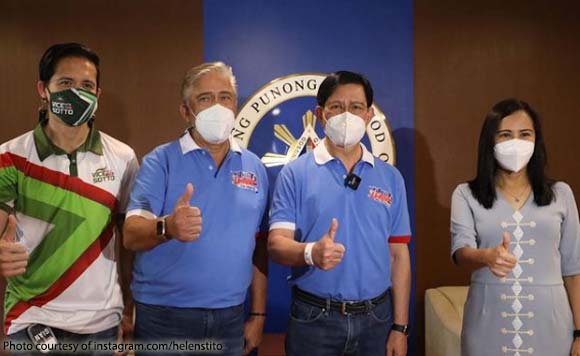 0 165
Share
Want more POLITIKO News? Get the latest newsfeed here. We publish dozens and dozens of politics-only news stories every hour. Click here to get to know more about your politiko - from trivial to crucial. it's our commitment to tell their stories. We follow your favorite POLITIKO like they are rockstars. If you are the politiko, always remember, your side is always our story. Read more. Find out more. Get the latest news here before it spreads on social media. Follow and bookmark this link. https://goo.gl/SvY8Kr

Is Joy Belmonte openly endorsing a presidential candidate this 2022?

Some might expect the Quezon City mayor to support Vice President Leni Robredo for being a long-time Liberal Party stalwart, but it seems that assumption could be wrong.

“Heto na!,” Sotto said, sharing a photo with Belmonte and his son, Vice Mayor Gian Sotto, posing together with a thumbs up.

Over the same weekend, however, Belmonte was spotted attending and even hugging Manila Mayor Isko Moreno during his campaign event in the city.

From TY to P10,000: Vico Sotto crafts plan for retirement…

LOL! Princess Abante got her kids to believe there’s a human…

Isko Moreno speaks up amid doubts on election results:…