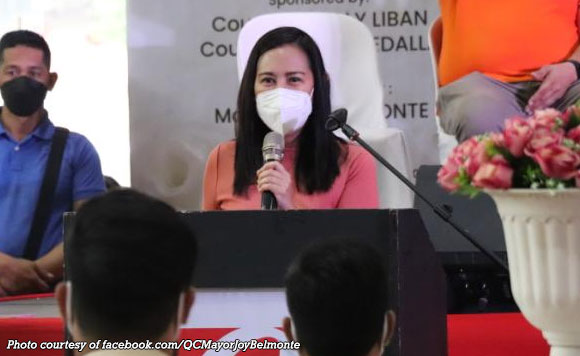 0 116
Share
Want more POLITIKO News? Get the latest newsfeed here. We publish dozens and dozens of politics-only news stories every hour. Click here to get to know more about your politiko - from trivial to crucial. it's our commitment to tell their stories. We follow your favorite POLITIKO like they are rockstars. If you are the politiko, always remember, your side is always our story. Read more. Find out more. Get the latest news here before it spreads on social media. Follow and bookmark this link. https://goo.gl/SvY8Kr

Quezon City Mayor Joy Belmonte is calling on taxpayers filing for the renewal of their business permits to use the Quezon City E-Services Kiosks located at City Hall and several satellite locations.

Belmonte said taxpayers can avoid long queues and cut processing time to as little as two minutes by using the self-service kiosks.

So far, the local government has deployed 20 QC E-services kiosks within the city– seven are in the Quezon City Hall-CTO, one is in the QC Hall-City Health Department, and 12 others are in satellite offices such as at Unang Hakbang St., Barangay San Isidro Galas; the District 3 Action Office, Barangay Marilag; Mayon St., Barangay Salvacion; the Talipapa Barangay Hall; and the Novaliches District Center.

Other services that may also be accessed using the kiosks are the following: Building Permit One Stop Shop, Business One Stop Shop, and Kalingang QC Para Sa Negosyo.