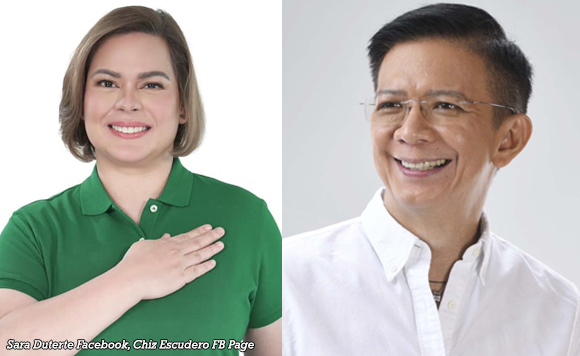 In Monday’s Sara All for You online show, Duterte said Sorsogon is lucky to have Escudero.

Escudero, who is running for senator, gave a message of hope to the Filipinos in the face of the continued difficulties brought about by the COVID-19 pandemic.

Before becoming governor in 2019, Escudero became a congressman and a senator.

He also pushed for the Free Tertiary Education Act, which provides underprivileged Filipino students the opportunity to pursue college degrees without the need to pay for tuition fees in state universities and colleges, and for the conversion of not less than 42 state colleges into universities in the country.