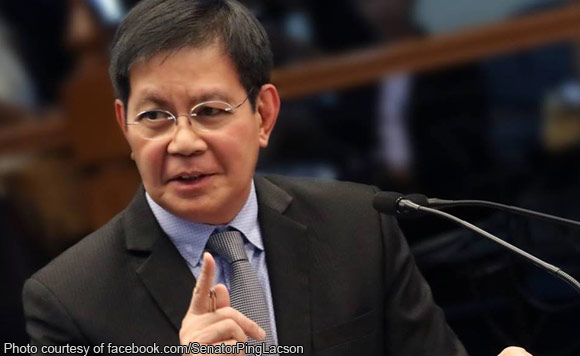 Fake news and targeted propaganda have a real negative effect on a person’s reputation and integrity, as Partido Reporma chairman and standard-bearer Panfilo “Ping” Lacson can attest, even during his earliest years in politics.

Even though many years have passed since the fabricated reports and charges were directed at him, Lacson admitted Monday that he still feels their effects up to the present, even as he has tried to keep his reputation clean as a career law enforcer and former national police chief.

In an interview with Angelo Palmones on radio DZRH, the longtime public servant shared his frustrations with being the target of malicious reports during the administration of former President Gloria Macapagal-Arroyo that were intended to undermine his character.

Several senior military officers under Arroyo had linked Lacson to alleged foreign bank accounts that contained millions of US dollars, to ownership of mansions and other grand properties, and of earning P38 billion supposedly from illegal drugs.

“Talagang hagupit na todo ang inabot ko diyan [I really took a whipping there],” the three-term senator said in the morning interview. “Ako naman, alam mo pagka alam mong hindi totoo, nakatayo ka e [But for me, if you know what’s said of you isn’t true, you can still stand [on your integrity].”

Lacson admitted he erred in not paying attention to the accusations against him because he knew they were fabricated to make him look bad in public, just months after he was elected to the Senate in 2001.

[(Pimentel) told me, ‘Ping, address the issues, they are starting to hurt you. I can feel the sting. Then I studied it, and told myself, ‘So that’s why when I enter a restaurant, people start whispering, looking at me suspiciously.’ So, later I delivered a privilege speech in defense of my honor and dignity.]

[I had brought out my side before, my reasons, but we were drowned in propaganda. You know, if you take the brunt of propaganda, even fake news becomes real in the minds of our countrymen.]

Last week, former President Arroyo admitted that she was led to believe the lies of Ador Mawanay, who brought out Lacson’s supposed bank accounts that were actually faked. These allegations were supported by retired Brig. Gen. Victor Corpus, who was then the chief of military intelligence.

But Corpus issued a public apology to his fellow former soldier in 2017, saying it was the biggest mistake of his career. Lacson, meanwhile, has said he has long forgiven Arroyo and others who had sullied his pristine reputation.

Lacson is hoping to put an end to this chapter of his life, especially now that he is running for President a second time – the first time was when he placed third behind Arroyo in 2004 – as the old issues are being revived against him, even though he has long clarified that he is not part of any anomaly.

The native of Imus, Cavite has long prided himself of his integrity, trustworthiness, and no taint of corruption in the over 50 years he has served as a soldier, police officer, and senator. This is the same standard he has vowed to uphold in government once he gets the people’s mandate in the May 9 elections.

“Aayusin ang Gobyerno, Aayusin ang Buhay ng Bawat Pilipino” (Fix the Government, Fix the Lives of Every Filipino) and “Uubusin ang Magnanakaw” (Get Rid of All Thieves) are the battlecries of Lacson and his running mate Senate President Vicente ‘Tito’ Sotto III.