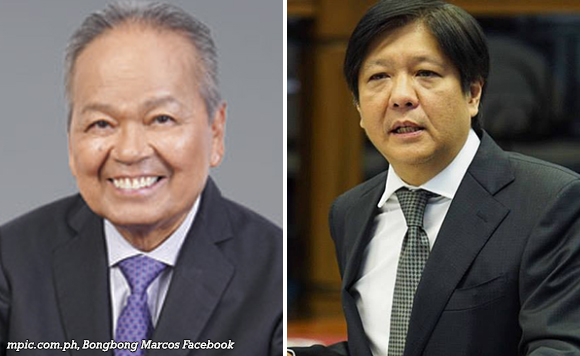 0 108
Share
Want more POLITIKO News? Get the latest newsfeed here. We publish dozens and dozens of politics-only news stories every hour. Click here to get to know more about your politiko - from trivial to crucial. it's our commitment to tell their stories. We follow your favorite POLITIKO like they are rockstars. If you are the politiko, always remember, your side is always our story. Read more. Find out more. Get the latest news here before it spreads on social media. Follow and bookmark this link. https://goo.gl/SvY8Kr

Former Chief Justice Artemio Panganiban has shared Supreme Court jurisprudence that could bolster the defense of presidential aspirant Ferdinand Marcos Jr. in legal battles to take him out of the 2022 elections.

In his February 6 column for the Philippine Daily Inquirer, Panganiban said the Supreme Court ruled in Republic v. Marcos II in 209 that Marcos’ failure to file his income tax returns (ITRs) from 1982 to 1985 isn’t a crime involving moral turpitude.

Quoting the Supreme Court’s decision in the case, Panganiban said failure to file ITRs “is not a crime involving moral turpitude as the mere omission is already a violation regardless of the fraudulent intent or willfulness of the individual.”

The former Supreme Court magistrate that a person convicted of an offense involving moral turpitude cannot be an executor or administrator of a decedent’s estate under the Rules of Court.

“Some may disagree with, even rage against, this cryptic explanation but as long as it is not reversed, or modified, or clarified to be merely an obiter dictum (or a side comment) by the Supreme Court en banc, lower courts and quasi-judicial agencies like the Comelec are duty-bound to follow it,” Panganiban said.

Marcos is facing cases seeking either his disqualification or the cancellation of his COC over his failure to file his ITRs.

The son of the late dictator Ferdinand Marcos has been convicted of tax evasion.

Should Marcos be disqualified, he could be substituted by another candidate with the same surname, like his sister, Senator Imee Marcos, or wife, Liza Araneta Marcos.

However, Panganiban said that should Marcos’ COC be cancelled by the Suipreme Court, votes for him will be considered stray votes and would not be counted.