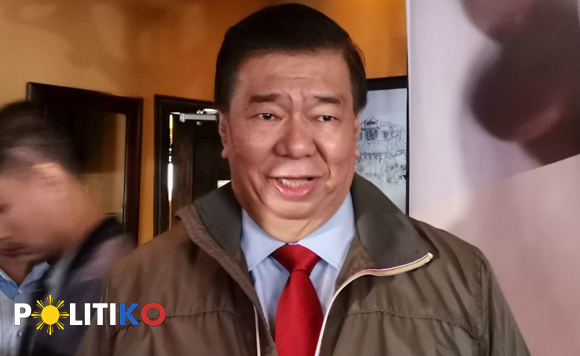 0 131
Share
Want more POLITIKO News? Get the latest newsfeed here. We publish dozens and dozens of politics-only news stories every hour. Click here to get to know more about your politiko - from trivial to crucial. it's our commitment to tell their stories. We follow your favorite POLITIKO like they are rockstars. If you are the politiko, always remember, your side is always our story. Read more. Find out more. Get the latest news here before it spreads on social media. Follow and bookmark this link. https://goo.gl/SvY8Kr

Senate Minority Leader Frank Drilon on Monday disputed claims that the anti-troll provision that he introduced in the proposed SIM Card Registration Act was inserted during the bicameral discussions and an “out of topic” or a mere rider provision.

He said he introduced the provision mandating the use of one’s real name, instead of a fictitious name, and a registered phone number when creating social media accounts during the period of amendments.

“It’s not a bicam insertion. We studied it and introduced it in the plenary as part of our humble contribution in the fight against trolls and fake news,” Drilon said.

“Twenty-two senators voted in favor of the measure on third reading last December. The provision is meant to curb the proliferation of fake and troll accounts on various social media platforms,” he said.

“It is not an out of topic provision. It is not a rider provision that those against the measure can cite to challenge the legality of the measure,” he stressed.

Drilon explained that the title of the bill clearly mandates the registration of SIM cards for electronic devices and social media accounts to eradicate mobile phone, internet or electronic communication-aided criminal activities.

The bicam later on adopted his provision. The bill is now up for approval by the President.

The author of the anti-troll provision said it is about time to address the anonymity in the internet and the social media that allowed an environment for troll accounts and fake news.

“It is about time that social media companies and social media users operate in the daylight. This anonymity in the social media allows the use of fictitious names which trolls use to propagate fake news and attack anyone endlessly and mercilessly,” Drilon said.

The provision, he added, will create a safe environment for social media users, especially children who are also victims of online bullying and harassment on various social media platforms.

“Look at your friends or relatives, maybe a co-worker or classmates, who are victims of trolling and fake accounts. This provision is for them, because trolling, online harassment and fake news happen because the environment today allows it,” Drilon said.

“Online bullies hide behind anonymity. Trolls thrive in anonymity. Ask the parents of the kids bullied online before you oppose the measure. All we want here is to address the anonymity in the internet and social media and make a safe cyberspace for our people,” he added.