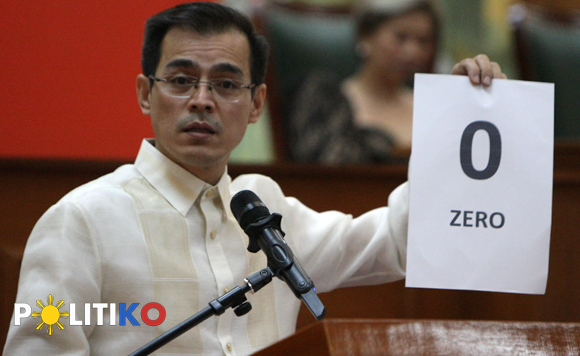 0 217
Share
Want more POLITIKO News? Get the latest newsfeed here. We publish dozens and dozens of politics-only news stories every hour. Click here to get to know more about your politiko - from trivial to crucial. it's our commitment to tell their stories. We follow your favorite POLITIKO like they are rockstars. If you are the politiko, always remember, your side is always our story. Read more. Find out more. Get the latest news here before it spreads on social media. Follow and bookmark this link. https://goo.gl/SvY8Kr

The United States is reportedly offering Manila Mayor Isko Moreno as much as $80 million or P4 billion to withdraw his presidential bid in favor of Vice President Leni Robredo, former Cabinet Secretary Rigoberto Tiglao has claimed.

In his February 7 column for the Manila Times, Tiglao quoted a “very well connected” source as saying that the US has become so “desperate” that they’re offering Moreno money to shelve his candidacy.

“The Americans are desperate that they’ll offer Isko big, big money for him to withdraw his candidacy and support Leni Robredo. With some manipulation of the polls, Leni’s rating will be made to appear to move up and with Isko’s throwing his support for her, the Americans think they can create a bandwagon effect, enough to conceal the massive cheating they’ll do, as they did in 2015 for Leni,” Tiglao quoted his source as saying

Tiglao said his source told him that the US was willing to pay Moreno an amount equivalent to an F-35 jet, which costs $80 million or P4 billion.

He said Moreno could use the money to run again for president in six years.

‘A man who some say is deep in debt in tens of millions of pesos because of his gambling habit, will overnight become a billionaire. He can even stash away a billion, put it in good investments and he’ll have a war chest for the 2028 presidential elections, when he will be only 53 years old,” Tiglao said.

In an interview with Jessica Soho last month, Moreno revealed that he pocketed around P50 million in campaign donations when he unsuccessfully ran for senator in 2016.

The mayor, however, said he paid taxes on the unspent campaign contributions.