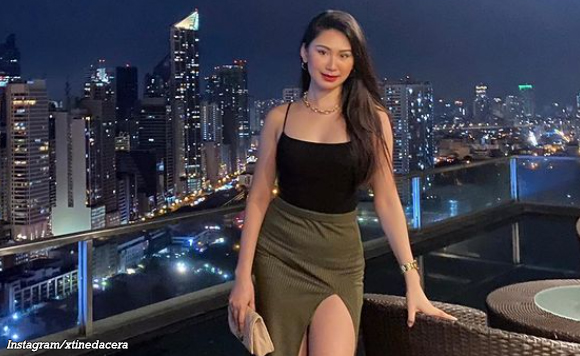 After dismissing last year the rape with homicide complaints filed by the Philippine National Police (PNP), the Makati Office of the City Prosecutor (OCP) also dismissed the complaints of the National Bureau of Investigation (NBI) concerning the death of flight attendant Christine Dacera.

The Department of Justice (DOJ) said on Monday (Feb. 7) the OCP issued a Jan. 31 resolution that “resolved to dismiss the consolidated complaints – which are the offshoot of the Christine Dacera case – on various grounds.”

The DOJ said clear Mark Anthony Rosales from accusation of administering of illegal drugs and attempt to deliver illegal drugs in violation of of Republic Act 9165 or the Comprehensive Dangerous Drugs Act of 2002.

Also absolved with him over allegations of attempt to deliver illegal drugs was Rommel Galido.

“The fact that the drug test on Dacera yielded negative result for presence of dangerous drugs (i.e. Benzodiazepine, Ecstasy, Methamphetamine, Morphine, and Tetrahydrocannabinol), coupled by her urine sample examination results (showing that she was negative for Methamphetamine and Amphetamine), supported the findings of dismissal,” the DOJ said.

“the DOJ said “the complaint for Reckless Imprudence Resulting in Homicide against John Pascual Dela Serna, Jezreel P. Rapinan, Alain D. Chen and Louis S. De Lima was dismissed since there was no proof that said respondents were recklessly imprudent in failing to bring immediate medical attention to Dacera and that the same caused her death.”

“Evidence suggested that respondents performed CPR immediately upon noticing Dacera’s perilous state and sought help from the hotel lobby,” it pointed out.

Dacera was declared dead on arrival at the Makati Medical Center on Jan. 1 after she was found unconscious in the bath tub of Room 2209 of the City Garden Grand Hotel in Makati City where held a new year’s celebration.

The PNP initially filed rape with homicide complaints against 11 men before the OCP but got dismissed last year.