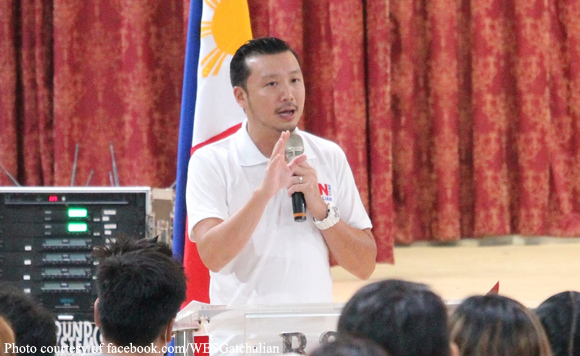 0 804
Share
Want more POLITIKO News? Get the latest newsfeed here. We publish dozens and dozens of politics-only news stories every hour. Click here to get to know more about your politiko - from trivial to crucial. it's our commitment to tell their stories. We follow your favorite POLITIKO like they are rockstars. If you are the politiko, always remember, your side is always our story. Read more. Find out more. Get the latest news here before it spreads on social media. Follow and bookmark this link. https://goo.gl/SvY8Kr

The measure provides Filipino consumers a tool to confirm the accuracy of the quantity and measurement of the products they’ve bought in all public and private wet markets, dry markets, tiangges, and even grocery stores and supermarkets.

Gatchalian, chairperson of the House Committee on Trade and Industry when the bill was approved, said consumers basically rely on the accuracy of the weighing instruments of their local suki, and trust that their instruments are working properly.

“There are many reports of vendors who cheat their customers by manipulating the scales. According to my research, this does not just happen just in my district, but unfortunately, it happens all over the country,” Gatchalian said.

Under the current Consumer Act (RA 7394), the only protection to consumers is the testing and calibration of weighing instruments every six months by the local treasurer, designated as the official sealer.

Though penalties are provided, Gatchalian said these only range from P200 to P1,000 which does not serve as a deterrent for unscrupulous vendors.

Under the bill, Timbangan ng Bayan Centers will be established and the market supervisor shall be in charge of the safekeeping and routine maintenance of all timbangan ng bayan instruments.

The supervisor shall also record all products found to be deficient in quantity or is substandard in dimension, as well as the establishment where the same was bought.

The measure will be submitted to the President for his signature and approval.