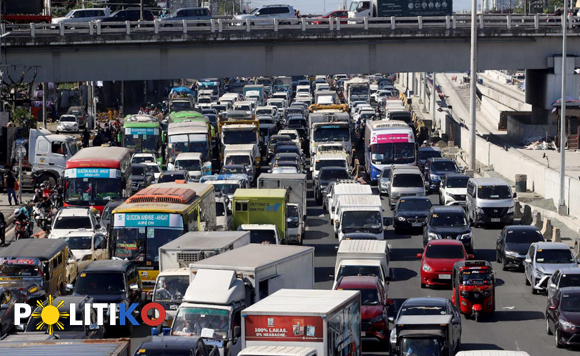 0 277
Share
Want more POLITIKO News? Get the latest newsfeed here. We publish dozens and dozens of politics-only news stories every hour. Click here to get to know more about your politiko - from trivial to crucial. it's our commitment to tell their stories. We follow your favorite POLITIKO like they are rockstars. If you are the politiko, always remember, your side is always our story. Read more. Find out more. Get the latest news here before it spreads on social media. Follow and bookmark this link. https://goo.gl/SvY8Kr

Lopez said the worsening traffic condition particularly in Metro Manila was “even made worse by reports of corruption and abuses committed by traffic enforcers.”

Based on the statement of various resource persons, Lopez said the abuses and corrupt practices may be linked to the current process on the deputation of traffic enforcers.

“As it is now, there is no single or centralized deputation process, as each traffic enforcement agency, such as the LTO, MMDA, and local government units, has its own methodology, practice, and process to select their respective deputized traffic enforcers,” he added.

After several hearings, Lopez said, “it became clear to the Committee that there is a need to revisit our laws on traffic, enact stricter measures, and institutionalize traffic management practices, including the deputation of traffic enforcers, to curb this perennial problem on traffic abuses and corruption.”

“As we study these legislative measures, I would like to take this opportunity to remind our traffic enforcers that they are, first and foremost, public servants. Service should be dispensed with courtesy and not with arrogance,” Lopez added.

Lopez also disclosed that his committee and the House Committee on Transportation will submit to the plenary a measure that will institutionalize the “No Contact Traffic Apprehension Policy” in a bid to lessen the abuse of traffic enforcers.