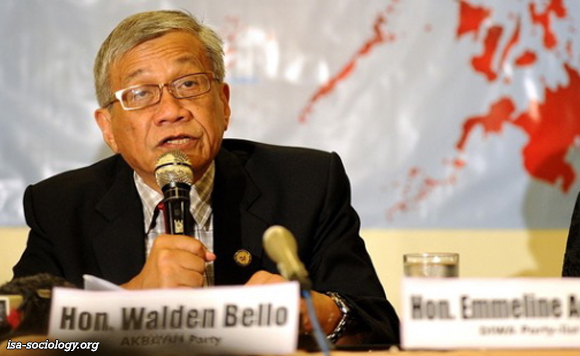 0 407
Share
Want more POLITIKO News? Get the latest newsfeed here. We publish dozens and dozens of politics-only news stories every hour. Click here to get to know more about your politiko - from trivial to crucial. it's our commitment to tell their stories. We follow your favorite POLITIKO like they are rockstars. If you are the politiko, always remember, your side is always our story. Read more. Find out more. Get the latest news here before it spreads on social media. Follow and bookmark this link. https://goo.gl/SvY8Kr

He likes his sinigang, a sour soup dish that uses tamarind and pork as main ingredients, spicy, too, according to Bello.

“Sinigang, done in the Thai style. Spicy. And really hot,” the the former Akbayan Party-list representative said during an Ask Me Anything session on Reddit Wednesday.

During his filing of candidacy in October 2021, Bello said he was motivated to run for the vice presidency by the “greatest peril the country faces today, the Marcos-Duterte Axis of Evil.”