Pasig councilor bet pulls out from 2022 race. Find out why 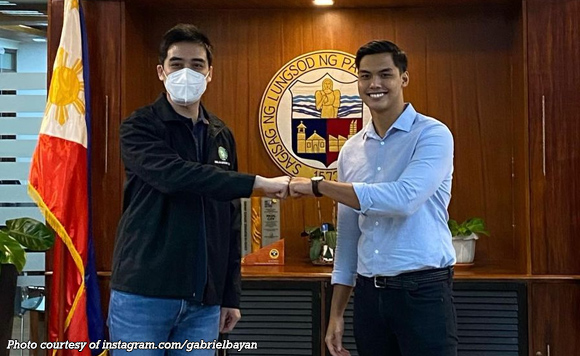 0 924
Share
Want more POLITIKO News? Get the latest newsfeed here. We publish dozens and dozens of politics-only news stories every hour. Click here to get to know more about your politiko - from trivial to crucial. it's our commitment to tell their stories. We follow your favorite POLITIKO like they are rockstars. If you are the politiko, always remember, your side is always our story. Read more. Find out more. Get the latest news here before it spreads on social media. Follow and bookmark this link. https://goo.gl/SvY8Kr

This young politiko said he is withdrawing his candidacy as Pasig City councilor for the May 2022 elections.

Gabriel Bayan made the announcement on his Instagram page on Tuesday, January 25, just as the Commission on Elections released the official and final list of candidates.

“Matagal ko pong pinagdasal ang desisyon na ito at sa ngayon, I believe God calls me to be a leader first in my household before anything else,” he added.

“The calling to serve and to empower will always remain, but my family and I have decided that the timing is not
yet right. Buong-buo po ang ating puso sa paglilingkod ngunit may mga pampersonal at pampamilyang dahilan po na kinailangang i-konsidera muna bago ang pulitika.”

He is part of incumbent Mayor Vico Sotto’s Pasig slate.

Kate Coseteng has a tip for people with mental health woes

Lorie Borja has this daily mantra for good vibes

Wahoo Sotto pulls off a quick Cordillera route for family