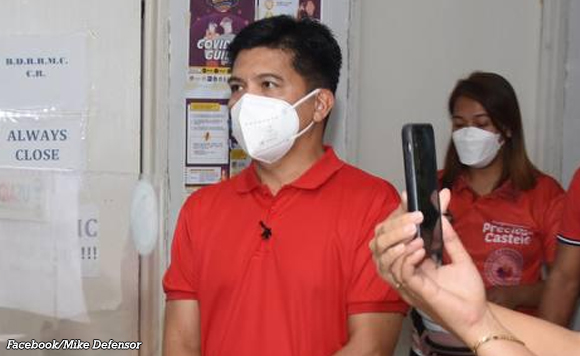 Congress is counting on the Cybercrime Investigation and Coordinating Center (CICC) to take strong action against the mounting cases of fraudulent bank transactions perpetrated by phishers as well as hackers.

Anakalusugan Rep. Mike Defensor said the CICC was allocated a total of P365.4 million budget this year including P63.5 million for capital outlay, “precisely so that it can start operating effectively.”

The CICC is an inter-agency body created by the Cybercrime Prevention Act of 2012 to protect the integrity of the country’s computer and communications network and crack down on all forms of misuse, abuse and illegal access.

Earlier, several public school teachers lost between P26,000 to P121,000 each after they were victimized by phishers.

The phishers tricked the teachers into revealing confidential details, and used the information to access and take the money out of the teachers account with the state-owned Land Bank of the Philippines.

“We expect the CICC to expedite the identification, capture and prosecution of phishers, hackers and other cybercriminals,” Defensor said. “Phishing and hacking are law enforcement problems that can only be curbed once the culprits are apprehended and put behind bars.”

Two months ago, the National Privacy Commission warned that a global crime syndicate was likely behind a barrage of phishing attacks in the Philippines, mainly through mobile phone text messaging.