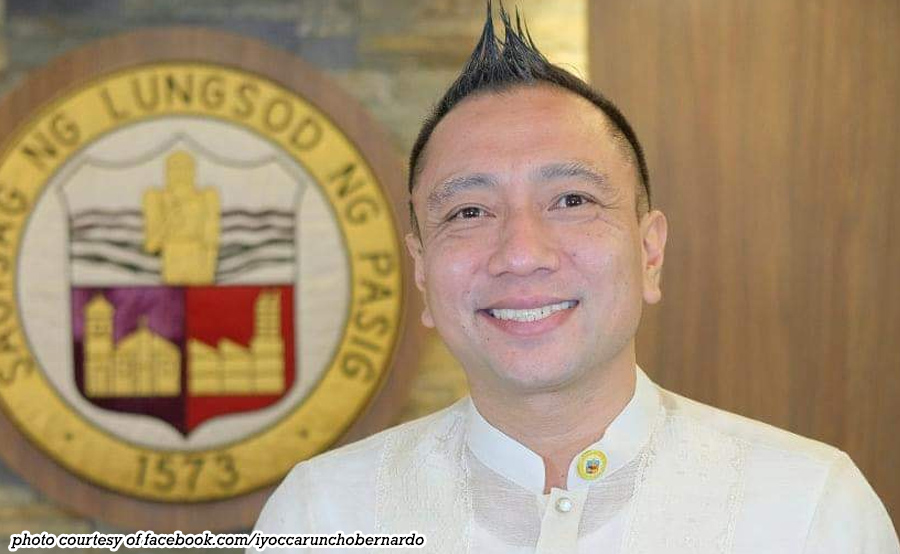 0 1,355
Share
Want more POLITIKO News? Get the latest newsfeed here. We publish dozens and dozens of politics-only news stories every hour. Click here to get to know more about your politiko - from trivial to crucial. it's our commitment to tell their stories. We follow your favorite POLITIKO like they are rockstars. If you are the politiko, always remember, your side is always our story. Read more. Find out more. Get the latest news here before it spreads on social media. Follow and bookmark this link. https://goo.gl/SvY8Kr

Netizens came to Vico Sotto’s rescue when Pasig Vice Mayor and his 2022 rival Iyo Caruncho Bernardo tried to discredit his work in the city by saying he’s just good at putting on a show.

Sotto’s fans and supporters were quick to be on Sotto’s rescue, calling Bernardo nasty names and even poking fun at his 1990s-style hairdo.

“This is the guy who plastered Pasig with “Maligayang Pasko from Vice Mayor Caruncho” at the exact same time Vico Sotto gave instructions not to put his name on banners, etc because elected officials are there to serve. This guy is a joke,” user Jaymie Divinagracia said. “Pasiguenos barely even knew there was a Vice Mayor. The only qualification this guy has is coming from a long line of trapos.”

“Inggit ka lang vice ke Mayor Vico kc love sya ng mga tao even outside Pasig. You are trying to put him to shame. But it will come back to you. What you do to others will eventually be done to you too,” another said.

Bernardo has been called as Upin (in reference to a Disney baby character with a strand of pointy hair), Jack-Jack from the movie The Incredibles, and Jimmy Neutron, among others.