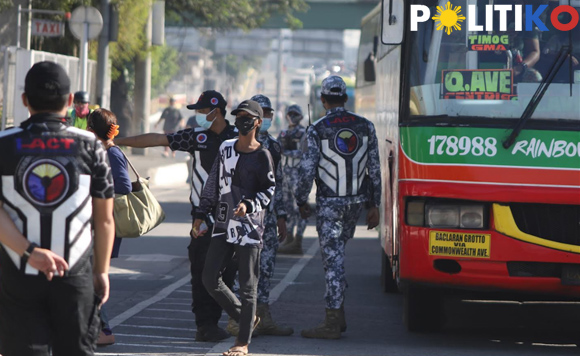 0 845
Share
Want more POLITIKO News? Get the latest newsfeed here. We publish dozens and dozens of politics-only news stories every hour. Click here to get to know more about your politiko - from trivial to crucial. it's our commitment to tell their stories. We follow your favorite POLITIKO like they are rockstars. If you are the politiko, always remember, your side is always our story. Read more. Find out more. Get the latest news here before it spreads on social media. Follow and bookmark this link. https://goo.gl/SvY8Kr

The local government of Quezon City distanced itself on Tuesday, January 18, from the plight of unvaccinated commuters after a partially vaccinated woman was caught on camera being barred from riding a public utility bus.

The woman, known as “Diane,” was featured in a GMA News report crying because she had difficulty going to work on Monday, January 17, the first day of the implementation of the government’s “No Vaccination, No Ride” policy.

Diane’s vaccination card was issued by the Quezon City government.

In a statement, the local government said the traffic enforcers who barred Diane from riding a bus were from the Philippine National Police Highway Patrol Group.

The local government said it is inviting unvaccinated commuters to get the COVID-19 jab.