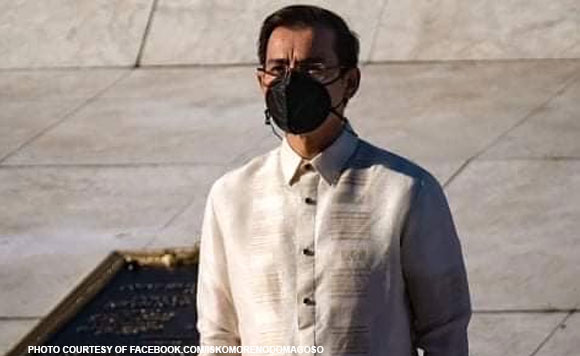 0 95
65
Want more POLITIKO News? Get the latest newsfeed here. We publish dozens and dozens of politics-only news stories every hour. Click here to get to know more about your politiko - from trivial to crucial. it's our commitment to tell their stories. We follow your favorite POLITIKO like they are rockstars. If you are the politiko, always remember, your side is always our story. Read more. Find out more. Get the latest news here before it spreads on social media. Follow and bookmark this link. https://goo.gl/SvY8Kr

Manila Mayor Isko Moreno has signed an executive order banning all kinds of mass gatherings to mark the Sto. Niño Festival on January 16.

Under Executive Order No. 04, religious processions, street parties, stage shows, parades, palarong kalye or street games, ati-atihan and the likes, and other forms of public gatherings during the feast of Santo Nino de Tondo and Santo Nino de Pandacan is strictly prohibited.

The sale of liquor and other alcoholic beverages in barangays in Tondo and Pandacan during the feast is also prohibited.

Moreno urged devotees to mark the festival at home with their families.

The Feast of the Sto. Niño de Tondo and de Pandacan are both celebrated on the third Sunday every year.