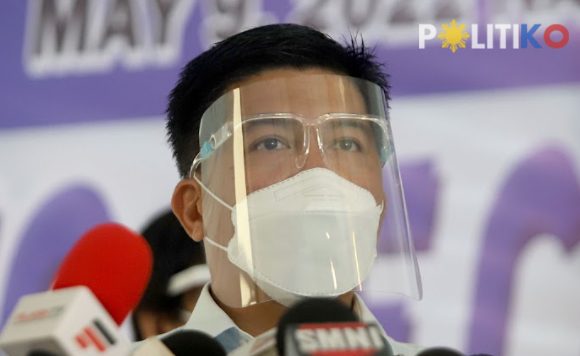 0 357
Share
Want more POLITIKO News? Get the latest newsfeed here. We publish dozens and dozens of politics-only news stories every hour. Click here to get to know more about your politiko - from trivial to crucial. it's our commitment to tell their stories. We follow your favorite POLITIKO like they are rockstars. If you are the politiko, always remember, your side is always our story. Read more. Find out more. Get the latest news here before it spreads on social media. Follow and bookmark this link. https://goo.gl/SvY8Kr

Quezon City has become the first city or province in the country to breach the 200,000-mark in terms of cumulative COVID-19 cases since the pandemic began in March 2020.

Anakalusugan party-list Rep. Mike Defensor has expressed alarm over the fresh surge of new COVID-19 cases in the city and “the local government’s apparent weak and slow response to the public health emergency.”

“There’s no question the Quezon City government, which has a lot of financial resources at its disposal, can do more to suppress new infections,” Defensor said.

Defensor said the city government could improve public access for free and fast real time RT-PCR testing, “so that those who test positive can be identified and isolated right away.”

“The city government could also train and hire additional contact tracers, which is really a win-win solution since it will also help provide temporary gainful employment to those who lost their jobs,” said Defensor, who is running for QC mayor.

Defensor said the Quezon City government’s excuse that infections are naturally high because of the city’s huge population of 2.94 million “simply does not hold water.”

“If a large population is the only cause for the very high COVID-19 cases, then the provinces of Cavite and Laguna, which have 3.68 million and 3.04 million residents, respectively, should have more cases than Quezon City,” Defensor pointed out.

In November, Defensor and three House members from Quezon City – Representatives Anthony Peter “Onyx” Crisologo, Precious Hipolito-Castelo, and Allan Reyes – have jointly filed a resolution urging the Department of the Interior and Local Government (DILG) to take over the city’s pandemic response.