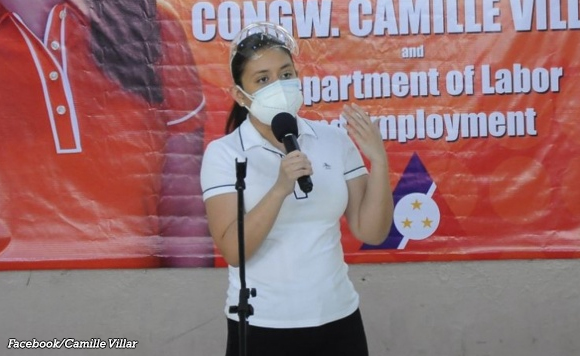 0 391
Share
Want more POLITIKO News? Get the latest newsfeed here. We publish dozens and dozens of politics-only news stories every hour. Click here to get to know more about your politiko - from trivial to crucial. it's our commitment to tell their stories. We follow your favorite POLITIKO like they are rockstars. If you are the politiko, always remember, your side is always our story. Read more. Find out more. Get the latest news here before it spreads on social media. Follow and bookmark this link. https://goo.gl/SvY8Kr

Villar said the creation of a regular district office in the city will allow smoother transactions for vehicle registration and driver’s license issuance.

“Upgrading of services means development and converting the LTO office from its present extension status to a regular district office would mean faster processing of transactions and shorter queues in application and registration,” Villar said in House Bill 10499.

Villar said her proposal is consistent with the policy enshrined in the Guidelines on the Creation of LTO District Offices (LTO Memorandum Circular 2020-2200), which is to serve the greatest number of people in the transportation sector of the city and its nearby population.

“It would ease the difficulties being encountered by owners and drivers of motor vehicles. Necessarily, it means the safety of the sector,” the lady solon added.

The needed fund for the conversion will be charged against the current year’s appropriations of the Las Piñas LTO Extension Office. Thereafter, funding shall be included in the annual national budget.