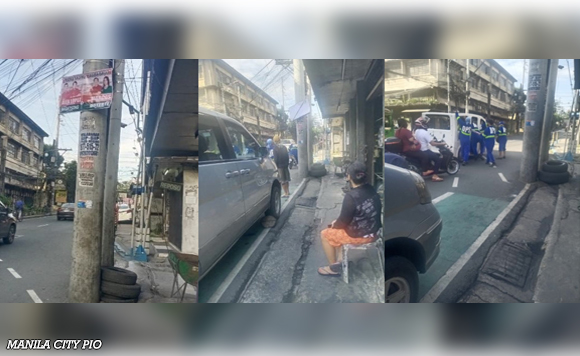 0 859
42
Want more POLITIKO News? Get the latest newsfeed here. We publish dozens and dozens of politics-only news stories every hour. Click here to get to know more about your politiko - from trivial to crucial. it's our commitment to tell their stories. We follow your favorite POLITIKO like they are rockstars. If you are the politiko, always remember, your side is always our story. Read more. Find out more. Get the latest news here before it spreads on social media. Follow and bookmark this link. https://goo.gl/SvY8Kr

Partido Federal candidates for Manila Mayor, Atty. Alex Lopez and his running mate, Raymond Bagatsing have condemned the removal of their informative posters within the city of Manila.

Supporters of Lopez and Bagatsing presented a series of photos depicting the acts of supposedly personnel of the Manila City Hall in the Department of Public Services (DPS) taking down the said posters.

Atty Lopez believed there seems to be an effort to prevent information on other candidates from getting out.

A disappointed Lopez said “the pre-election season has been marred by cowardly attack on Partido Federal candidates while posters of candidates from Partido Asenso Manileño are strangely intact and remain in most of the places in Manila.”

“The dirty trick behind the removal of informative posters produced by our supporters is obvious. It’s a tactic of desperation with a clear motivation to reduce our candidacy’s visibility. This deplorable act committed by the Manila City Hall workers is an indication that their candidates are threatened by the increasingly intense negative views and growing disliking by the legitimate Manileños about their candidates.” Lopez added

“It was a direct disregard for the freedom of every Manileño. The removal of election campaign posters is incredibly frustrating. It seems our opponents are getting worried with the strong positive feelings and warm welcome we received from the people of every barangay we visited.” Raymond Bagatsing pointed out.