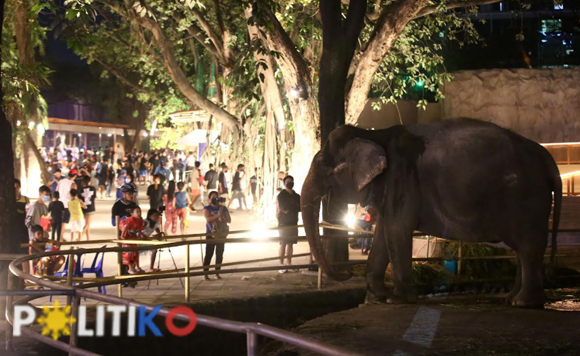 0 188
11
Want more POLITIKO News? Get the latest newsfeed here. We publish dozens and dozens of politics-only news stories every hour. Click here to get to know more about your politiko - from trivial to crucial. it's our commitment to tell their stories. We follow your favorite POLITIKO like they are rockstars. If you are the politiko, always remember, your side is always our story. Read more. Find out more. Get the latest news here before it spreads on social media. Follow and bookmark this link. https://goo.gl/SvY8Kr

Families will have a new attraction to go to in Manila as the Manila Zoo is set to open its doors to the public early next year.

Manila Mayor Isko Moreno gave a sneak peek of the renovated zoo to the media on December 30, coinciding with Rizal Day.

Previously describing the zoo as having become “at par with the world’s best zoological and botanical gardens,” Moreno said visitors can now witness a zoo that can be considered one of the best in Asia.

The New Manila Zoo’s redevelopment covered more than 51,000 square meters which now has a museum, a restaurant, a veterinary hospital, new animal habitats, a coffee shop and a new parking area.

It also boasts of an Animal Museum, Botanical Garden, and the Butterfly Garden with its own viewing loft, and separate enclosures for Filipino endemic animals and birds.

To ensure that the zoo will have a steady supply of wild animals, Moreno previously said that the city government of Manila is starting a partnership with the Cebu Safari and Adventure Park for future exchanges of wildlife and animal medicines.