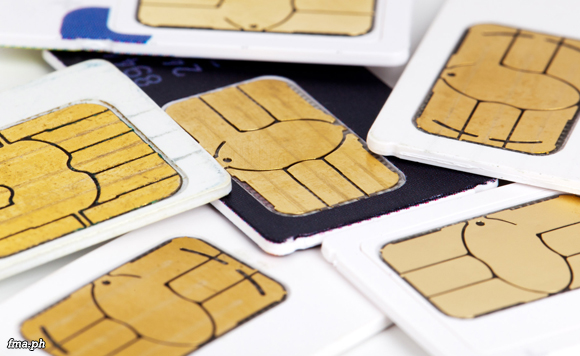 0 454
20
Want more POLITIKO News? Get the latest newsfeed here. We publish dozens and dozens of politics-only news stories every hour. Click here to get to know more about your politiko - from trivial to crucial. it's our commitment to tell their stories. We follow your favorite POLITIKO like they are rockstars. If you are the politiko, always remember, your side is always our story. Read more. Find out more. Get the latest news here before it spreads on social media. Follow and bookmark this link. https://goo.gl/SvY8Kr

Manila Rep. Manuel Luis Lopez is hopeful that the Senate will pass the proposed SIM card registration bill that was approved on third and final reading by the House of Representatives last Monday.

Lopez is one of the principal authors of House Bill 5793, which makes it mandatory for sellers to require SIM card buyers to present valid identification cards and record their information.

He said the bill will serve as a deterrent for the commission of crimes, particularly those involving acts of terrorism and acts aimed at propagating fear, panic, confusion, and even false information.

“Only when government agencies are able to pinpoint the root cause of this problem can they begin to hold certain individuals responsible for the commission of these crimes. Without any means of identifying these anonymous texters and personalities behind the fake social media accounts, we will not be able to put a stop to this recurring criminal act,” said Lopez, chairperson of the House Committee on Metro Manila Development.

In the 17th Congress, the House approved a similar measure on third and final reading and transmitted it to the Senate on May 17, 2018. The Senate however failed to pass it until the last session day in June 2019.

At present, a similar measure is pending for second reading approval at the Senate.