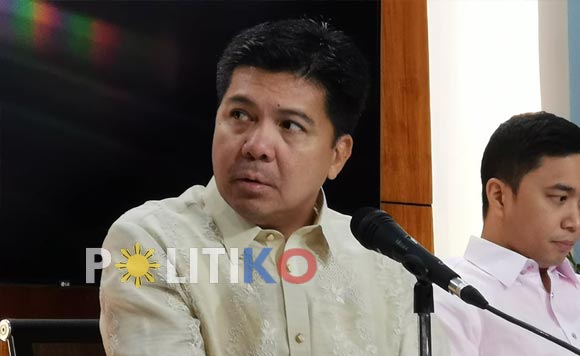 0 1,001
Share
Want more POLITIKO News? Get the latest newsfeed here. We publish dozens and dozens of politics-only news stories every hour. Click here to get to know more about your politiko - from trivial to crucial. it's our commitment to tell their stories. We follow your favorite POLITIKO like they are rockstars. If you are the politiko, always remember, your side is always our story. Read more. Find out more. Get the latest news here before it spreads on social media. Follow and bookmark this link. https://goo.gl/SvY8Kr

Anakalusugan party-list Rep. Mike Defensor said the management of the Quezon Memorial Circle has denied his request to use the venue for an event of presidential tandem of former Senator Ferdinand Marcos Jr. and Davao City Mayor Sara Duterte Carpio.

He said his allies have checked and learned that there was no schedule to use the venue on December 8.

He narrated that in the 2016 elections, the Belmontes also did not allow Marcos to hold a motorcade or rally in the city. The Belmontes, who were part of the Liberal Party then, were supporting the administration candidates.

Defensor also noted that the QMC management should be neutral.

“This is a blatant example of fake news. The venue that their group requested for the event is not meant for such activities. Needless to say, however, an alternate venue was proposed and offered,” the statement of the local government read.

In response, Defensor sent a number of website links to media showing video footage of the 2016 political rally of former DILG Sec. Mar Roxas and Vice President Leni Robredo that was held in the area.

The Belmontes, then the regional head of the Liberal Party, were supportive of the Roxas-Robredo tandem.