QC gov’t should be using savings for education—Defensor 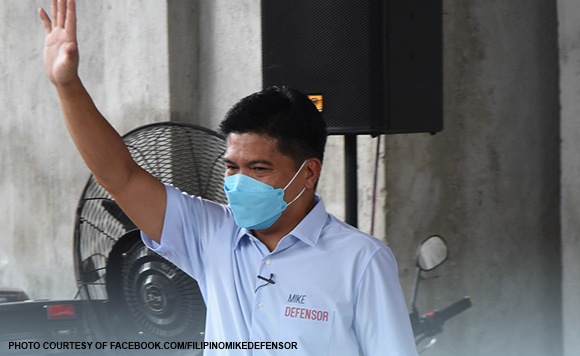 0 1,717
Share
Want more POLITIKO News? Get the latest newsfeed here. We publish dozens and dozens of politics-only news stories every hour. Click here to get to know more about your politiko - from trivial to crucial. it's our commitment to tell their stories. We follow your favorite POLITIKO like they are rockstars. If you are the politiko, always remember, your side is always our story. Read more. Find out more. Get the latest news here before it spreads on social media. Follow and bookmark this link. https://goo.gl/SvY8Kr

Mayoral candidate and Anakalusugan Rep. Mike Defensor said the Quezon City government should be spending more on the education of its residents.

While the city government is boasting its billion worth of savings, Defensor said it cannot be denied that it failed to give many of the important needs of Quezon City residents.

Defensor also noted that the city government only provided tablets to less than a quarter of its 430,000 public school students.

The city government has around P3 billion budget for education annually.

In her State of the City Address (SOCA) Mayor Joy Belmonte said that the city government has P24.6 billion in savings, even bigger than its budget before 2019.

Belmonte also said that the local tax collected in 2022 reached P22 billion, the highest in the country and in the history of the city.