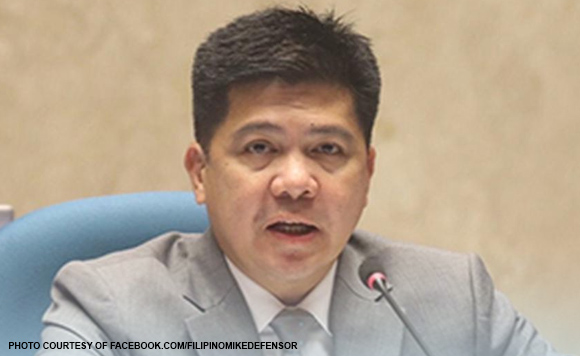 Anakalusugan and mayoralty candidate Mike Defensor was honored that he was invited to the flag-raising ceremony of Barangay Commonwealth, the biggest barangay in Quezon City.

Defensor admitted that this is the first time that he was invited to attend a flag-raising ceremony in a barangay in the city.

Defensor said Barangay Commonwealth is lucky to have Captain Co, who was able to bring down the crime rate in the area by 90%.

The solon also lauded the vaccination program of the barangay that has started vaccinating 12 to 17 years old several weeks ago. He said the barangay also has more than 1,000 scholars in high school and college.

According to the special report of the Philippine Statistics Authority (PSA) released on March 23, 2021, in the 2015 Census Barangay Commonwealth has a population of 198,285 or 6.8% of the city’s 2.9 million population.

Quezon City has a voting population of 1.97 million, of which 127,968 belong to Barangay Commonwealth.