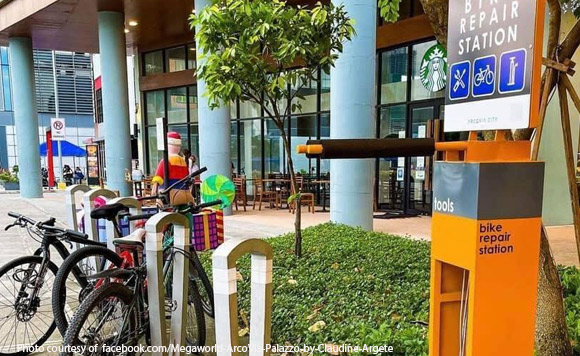 0 80
Share
Want more POLITIKO News? Get the latest newsfeed here. We publish dozens and dozens of politics-only news stories every hour. Click here to get to know more about your politiko - from trivial to crucial. it's our commitment to tell their stories. We follow your favorite POLITIKO like they are rockstars. If you are the politiko, always remember, your side is always our story. Read more. Find out more. Get the latest news here before it spreads on social media. Follow and bookmark this link. https://goo.gl/SvY8Kr

The local government of Quezon City will establish various facilities for bikers following the completion of 93-kilometer exclusive bicycle lanes.

Quezon City Mayor Joy Belmonte said the construction of facilities will be in line with the implementation of City Ordinance 2988-2020 or the QC Safe Cycling and Active Transport Ordinance of 2020.

The ordinance mandates all city government offices and facilities to put up end-of-trip facilities or designated places that support bikers. Facilities include bike parking areas, shower facilities, and hydration areas.

Bike parking must be established in all government agencies in QC, as well as in MRT and LRT stations within the city. Further, through City Ordinance 2369-2014, establishments such as malls, restaurants, groceries, and banks are required to put up bike racks.

Green rest or repair stations will also be constructed in public areas. Common tools such as bike pumps, hex keys, and wrenches will be installed in a manner that prevents theft and vandalism, while ensuring convenience in the use of cyclists.