Defensor to use housing experience to help informal settlers 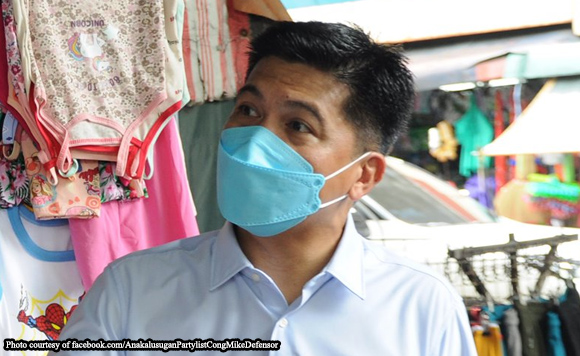 0 373
Share
Want more POLITIKO News? Get the latest newsfeed here. We publish dozens and dozens of politics-only news stories every hour. Click here to get to know more about your politiko - from trivial to crucial. it's our commitment to tell their stories. We follow your favorite POLITIKO like they are rockstars. If you are the politiko, always remember, your side is always our story. Read more. Find out more. Get the latest news here before it spreads on social media. Follow and bookmark this link. https://goo.gl/SvY8Kr

Anakalusugan Rep. Mike Defensor will be using his experience as secretary of the Housing and Urban Development Coordinating Council (HUDCC) to provide homes to informal settlers in Quezon City.

During his term in HUDCC, Defensor said the national government was allocating P500 million for the community mortgage program of the country.

Defensor said the Quezon City government can allocate P1 billion annually to lessen the number of informal settlers in the city.