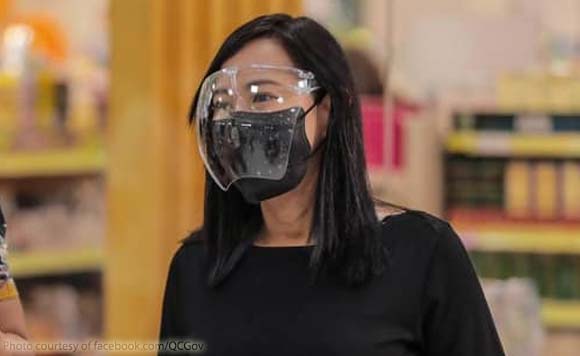 0 84
Share
Want more POLITIKO News? Get the latest newsfeed here. We publish dozens and dozens of politics-only news stories every hour. Click here to get to know more about your politiko - from trivial to crucial. it's our commitment to tell their stories. We follow your favorite POLITIKO like they are rockstars. If you are the politiko, always remember, your side is always our story. Read more. Find out more. Get the latest news here before it spreads on social media. Follow and bookmark this link. https://goo.gl/SvY8Kr

Quezon City Mayor Joy Belmonte dismissed as “fake news” the information about the supposed distribution of cash assistance (ayuda) for those who lined up at the city hall grounds on October 29.

Belmonte said their investigation showed that people lined up as early as the evening of October 28 in hopes of getting P10,000.

“An estimated 85% of the people who went to city hall were not interested in starting a business but were there to get the alleged “ayuda”. They not have application forms and the necessary documents to support any business plans for the program,” she said.

Belmonte said the Pangkabuhayang QC program of the local government has received more than 10,000 applications for start-up capital financial assistance days before its final deadline, completing the target number of applicants for Phase 1.

Following the number of applications submitted today, the Small Business and Cooperatives Development and Promotions Office (SBCDPO) has announced that online and offline applications are temporarily on hold to give way to the evaluation of all documents received.

No applications will be accepted on November 2, the supposed last day of filing. Instead, interested QCitizens are encouraged to wait for the announcement for Phase 2 of the program.