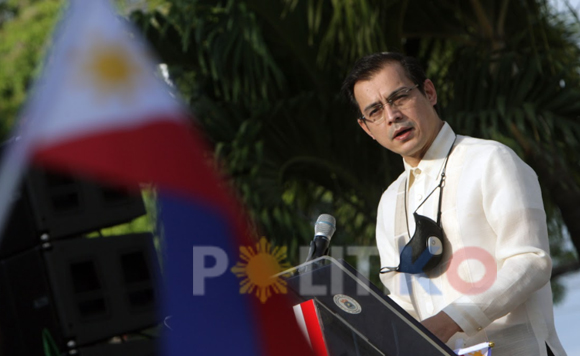 0 352
Share
Want more POLITIKO News? Get the latest newsfeed here. We publish dozens and dozens of politics-only news stories every hour. Click here to get to know more about your politiko - from trivial to crucial. it's our commitment to tell their stories. We follow your favorite POLITIKO like they are rockstars. If you are the politiko, always remember, your side is always our story. Read more. Find out more. Get the latest news here before it spreads on social media. Follow and bookmark this link. https://goo.gl/SvY8Kr

Manila Mayor Isko Moreno has called on the government to purchase more drugs against COVID-19 instead of buying face shields, whose effectivity isn’t backed by science.

Moreno made the appeal as the local government of Manila ordered 40,000 capsules of Molnupiravir, a drug aimed at helping COVID-19 patients recover faster.

The local government of Manila bought Molnupiravir at a cost of P87.50 per capsule, much lower than the cost of Remdesivir and Tocilizumab.

The drug will be given twice a day, for five days, to Covid patients with mild and moderate symptoms in seven hospitals, including the Sta. Ana Hospital.