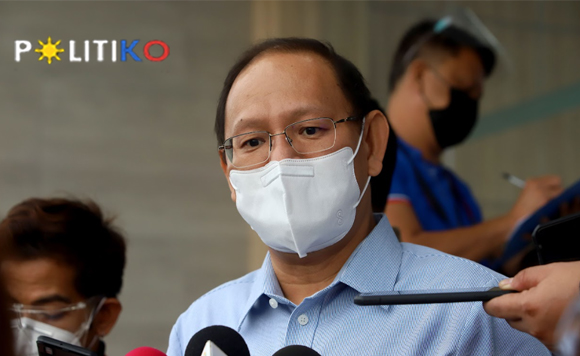 0 371
Share
Want more POLITIKO News? Get the latest newsfeed here. We publish dozens and dozens of politics-only news stories every hour. Click here to get to know more about your politiko - from trivial to crucial. it's our commitment to tell their stories. We follow your favorite POLITIKO like they are rockstars. If you are the politiko, always remember, your side is always our story. Read more. Find out more. Get the latest news here before it spreads on social media. Follow and bookmark this link. https://goo.gl/SvY8Kr

Marikina Mayor Marcelino Teodoro has signed an ordinance waiving the penalties and interests imposed on stall occupants at the Marikina public market who have fallen behind on paying their rent.

In a statement, Teodoro said he learned about the vendors’ plight when they approached him on October 8, just before he filed his candidacy for reelection.

“They told me that the number of their customers decreased due to quarantine restrictions. I listened to them, and so I immediately ordered the City Council to pass an ordinance that will waive such penalties and interests burdening our market stall occupants,” he explained.

Teodoro said waiving the penalties on the delinquent stall occupants is the local government’s “little way” of helping them cope with the pandemic.

“The impacts of the pandemic are real, but we can unite and help each other through these hard times. We’ll surpass these challenges together,” he said.