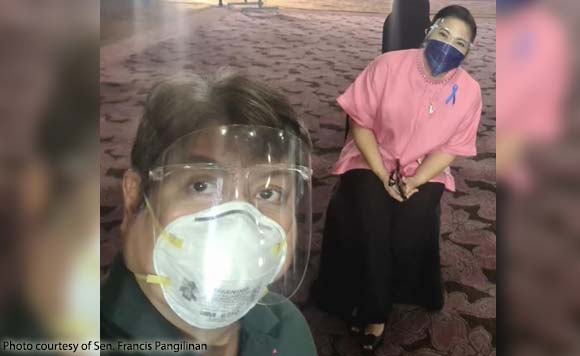 Is the family of Senator Francis Pangilinan against his vice presidential bid?

Tongues are wagging about a possible conflict in Pangilinan’s family since it was Vice President Leni Robredo who accompanied him in filing his certificate of candidacy (COC) at the Sofitel Garden Tent in Pasay City Friday (October 8).

The senator’s wife, Sharon Cuneta, is in the United States to visit their daughter, Kakie. The couple’s two other children, Miel and Miguel, are still minors.

Pangilinan indicated in his COC that he will run under the Liberal Party, which is chaired by Robredo. The Vice President, however, will be campaigning as an independent.