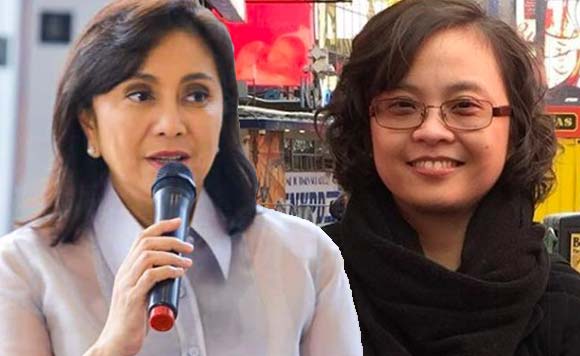 0 206
Share
Want more POLITIKO News? Get the latest newsfeed here. We publish dozens and dozens of politics-only news stories every hour. Click here to get to know more about your politiko - from trivial to crucial. it's our commitment to tell their stories. We follow your favorite POLITIKO like they are rockstars. If you are the politiko, always remember, your side is always our story. Read more. Find out more. Get the latest news here before it spreads on social media. Follow and bookmark this link. https://goo.gl/SvY8Kr

Nuelle Duterte, a New Zealand-based psychiatrist and a niece of President Rodrigo Duterte, has expressed her full support for Vice President Leni Robredo’s bid for the presidency.

Robredo filed her certificate of candidacy for the country’s top post before the Commission on Elections Thursday afternoon. She will run in tandem with Senator Kiko Pangilinan.

On her Twitter account, Duterte shared tweets of people showing support after Robredo declared she will run for president in May 2022.

“The best thing about her speech today was the message that we are all in this together. It doesn’t work if we don’t work together. Think of this campaign, and this election, as a process that will require synergy,” she wrote in the social network site.

“My Korean friend stalks my FB, and asked me about Leni today because I flooded my wall with her yesterday. I told her what Leni has done in the last two years alone, and she immediately concluded: she’s the opposite of Digong. Yes po. She is. She actually walks her talk,” Duterte also said in a separate post.