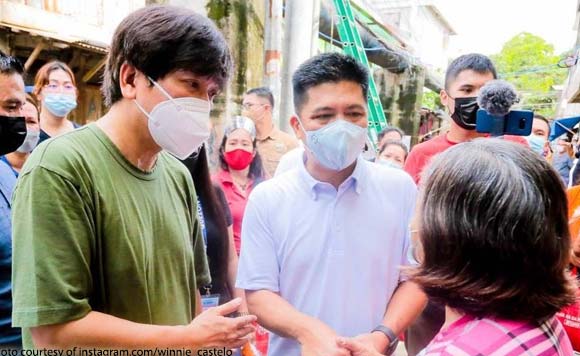 0 678
Share
Want more POLITIKO News? Get the latest newsfeed here. We publish dozens and dozens of politics-only news stories every hour. Click here to get to know more about your politiko - from trivial to crucial. it's our commitment to tell their stories. We follow your favorite POLITIKO like they are rockstars. If you are the politiko, always remember, your side is always our story. Read more. Find out more. Get the latest news here before it spreads on social media. Follow and bookmark this link. https://goo.gl/SvY8Kr

“We feel extremely honored and humbled that the people of Quezon City are showing us so much support,” said Defensor, a nephew of the late Sen. Miriam Defensor-Santiago.

Defensor vowed to transform the Quezon City General Hospital (QCGH), a referral facility for COVID-19 cases, into “a true center of excellence in delivering the best and most efficient healthcare services.”

“We envision the QCGH becoming a model in best practices for all local government hospitals. We will also double to 500 the hospital’s bed capacity,” Defensor said.

He also underscored the need to grant new local tax incentives to help businesses recover from the COVID-19 crisis so that they can start hiring workers again.

“We will also build up Quezon City’s life-saving emergency rescue capabilities, considering that the city has the highest number of road crashes in Metro Manila,” Defensor added.

Defensor also pledged to put up a new public drug abuse treatment and rehabilitation center in Quezon City with two dormitories to separate the male and the female.

“We aim to establish a new Quezon City Sports Academy and to embark on new community-based sports programs to fully develop our children,” said Defensor.

He also plans to make the city “the most bicycle-friendly city” in Metro Manila and put up more open spaces where people can freely recreate, jog, and walk their dogs.