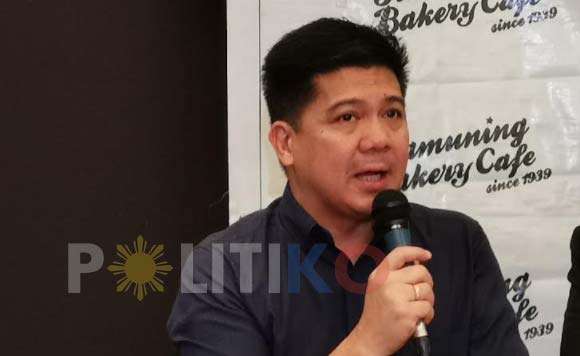 0 446
Share
Want more POLITIKO News? Get the latest newsfeed here. We publish dozens and dozens of politics-only news stories every hour. Click here to get to know more about your politiko - from trivial to crucial. it's our commitment to tell their stories. We follow your favorite POLITIKO like they are rockstars. If you are the politiko, always remember, your side is always our story. Read more. Find out more. Get the latest news here before it spreads on social media. Follow and bookmark this link. https://goo.gl/SvY8Kr

Anakalusugan Rep. Michael Defensor on Wednesday said that will quit politics if the P690 million worth of pandemic food packs purchased by the Quezon City government were not overpriced.

“I will retire permanently from politics if Mayor Joy Belmonte can prove that there was no overprice. I will even support her reelection bid in the May 2022 elections,” Defensor said.

Defensor lamented that Belmonte “has not answered squarely the issues involved in the two batches of procurement and has instead resorted to questioning my motive in exposing the irregularities.”

“How much did they purchased the goods included in the food packages, and how much were the prevailing prices of these items? What was the process of award to the suppliers? Why did Mayor Belmonte split the procurements in violation of auditing rules? These are some of the questions she is evading to answer,” Defensor added.

Documents obtained by Defensor from a city hall insider showed that Belmonte signed two purchase orders (POs) for the procurement of a total of 600,000 food packs intended for poor city residents reeling from the COVID-19 pandemic.

Each food pack contains five kilos of rice and assorted canned goods, spaghetti noodles and sauce, cheese, and milk. Each pack was bought at P1,149.98.

Defensor also noted that despite purchasing similar items to two different suppliers, the price were identical.

“Who were these suppliers and who were behind them? Was it just a coincidence that they offered the same price? Or was the price dictated to them?” Defensor asked.