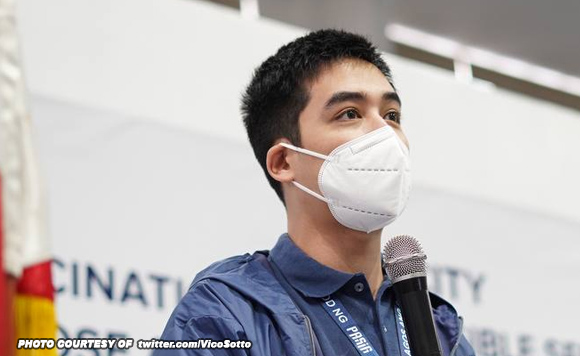 0 412
Share
Want more POLITIKO News? Get the latest newsfeed here. We publish dozens and dozens of politics-only news stories every hour. Click here to get to know more about your politiko - from trivial to crucial. it's our commitment to tell their stories. We follow your favorite POLITIKO like they are rockstars. If you are the politiko, always remember, your side is always our story. Read more. Find out more. Get the latest news here before it spreads on social media. Follow and bookmark this link. https://goo.gl/SvY8Kr

Netizens were left speculating when Pasig Mayor Vico Sotto posted what could be his shortest Facebook post on Monday, Sept. 13.

Netizens surmised that Sotto was sharing improvements done in the area.

“Grabe Pasig City is so blessed! Because of Mayor Vico’s leadership, maraming nangyaring good at nabago sa PASIG. As a citizen of Pasig, masasabi ko n mas nakinabang this time ang Pasig and its people sa funds/budget and resources. Pasig is no longer known as “Eusebio-themed-Rakets” but rather #Indeed “Pasig umaagos ang pag-asa”. We will definitely vote you again. Thank you and God Bless you more Mayor Vico!” said a netizen.

A bemused netizen replied to Sotto’s post, “OK, just a normal in day in Pasig.. lol”