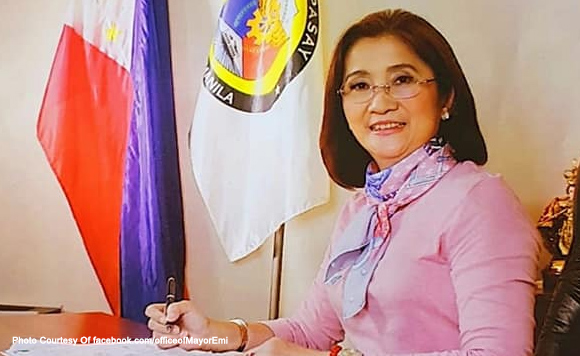 0 1,105
Share
Want more POLITIKO News? Get the latest newsfeed here. We publish dozens and dozens of politics-only news stories every hour. Click here to get to know more about your politiko - from trivial to crucial. it's our commitment to tell their stories. We follow your favorite POLITIKO like they are rockstars. If you are the politiko, always remember, your side is always our story. Read more. Find out more. Get the latest news here before it spreads on social media. Follow and bookmark this link. https://goo.gl/SvY8Kr

Pasay Mayor Emi Calixto Rubiano was the epitome of a politiko that’s hard at work as she graced the cover of Philippines Graphic magazine for August.

Photos of the cover and the interview with Calixto Rubiano were featured on her Facebook page.

“The article contains a detailed story of Mayor Emi and her passion for service to the Pasayeños. Likewise, it also covers the different programs that were launched, COVID Response activities that became role models in the Metro, and Mayor Emi’s HELP Program platform, which is the blueprint for progress in Pasay City,” the caption read.

In the interview, Calixto Rubiano detailed how she entered politics, as well as her relationship with her brother, Tony, who’s now the congressman representing Pasay.

The mayor also shared how she juggles her responsibilities as a leader, wife and mother.