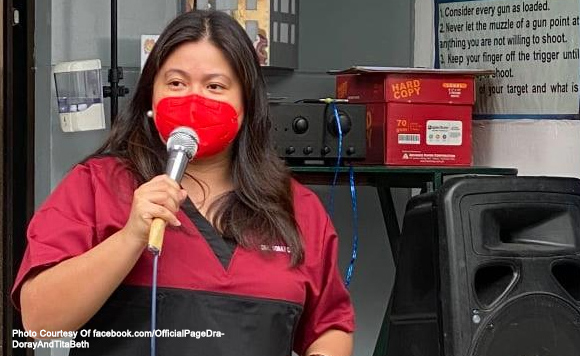 0 52
Share
Want more POLITIKO News? Get the latest newsfeed here. We publish dozens and dozens of politics-only news stories every hour. Click here to get to know more about your politiko - from trivial to crucial. it's our commitment to tell their stories. We follow your favorite POLITIKO like they are rockstars. If you are the politiko, always remember, your side is always our story. Read more. Find out more. Get the latest news here before it spreads on social media. Follow and bookmark this link. https://goo.gl/SvY8Kr

Doray Delarmente’s husband was right in the scene when terrorists attacked the World Trade Centre in the United States in 2001.

The Quezon City councilor shared her beau’s heroism to mark the commemoration 20 years later, saying he was among the first responders onsite.

“My husband was currently on his 2-week vacation leave from the US Navy when this happened. Immediately after the attacks, he packed his bags, bought his gears, and drove from Michigan to NYC. A day later, he was right smack in the middle of Ground Zero, underneath the rubble,” the politiko said. “He was one of those anonymous volunteers who scrambled unto the mound of debris, searching for survivors to rescue as well as bodies (and body parts) to retrieve.”

“At times, he was under the mound for 12 hours straight cutting through steel. For almost 2 weeks, together with the other volunteers, they unselfishly dedicated all their strength, time and effort, even to the point of risking their own lives, to search for survivors. My husband was later lauded by the United States Navy for his selfless act of volunteerism,” she added. “Indeed, I am very thankful for having married a true HERO.”

She bled with pride and knew instantly she was with a good man.

“I am reposting this now, again, on the 20th year of the 9-11 anniversary. So my kids will see this post eventually. So that when my kids grow up and finally learn about the attacks, they will know that they have a hero daddy who gave his all to save other people,” Delarmente added.

Menchie Abalos thrilled to have another apo