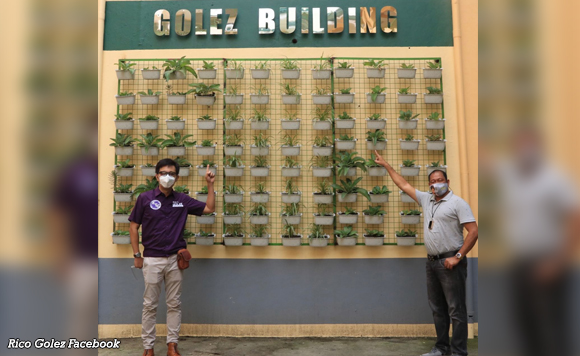 0 1,076
Share
Want more POLITIKO News? Get the latest newsfeed here. We publish dozens and dozens of politics-only news stories every hour. Click here to get to know more about your politiko - from trivial to crucial. it's our commitment to tell their stories. We follow your favorite POLITIKO like they are rockstars. If you are the politiko, always remember, your side is always our story. Read more. Find out more. Get the latest news here before it spreads on social media. Follow and bookmark this link. https://goo.gl/SvY8Kr

Parañaque Vice Mayor Rico Golez was surprised to learn that a building at the Parañaque National High School was named after his father, the late former national security adviser Roilo Golez.

Golez shared on Facebook photos of him posing near a marker of Golez Building during his visit to the public high school.

Golez said he learned from talking to the school principal that it was his father who had the building built when he was a congressman.

More than pushing for the construction of school buildings, Golez said the school principal was thankful that his father authored the law that converted the former Parañaque Municipal High School into a national high school.