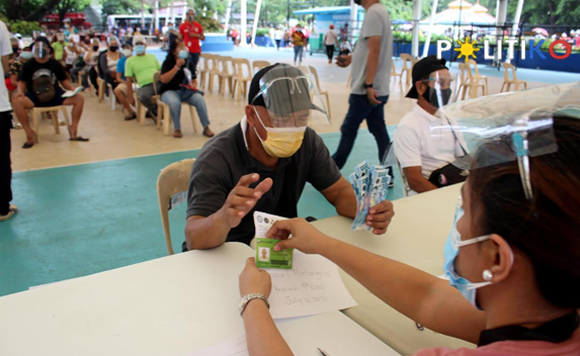 0 111
Share
Want more POLITIKO News? Get the latest newsfeed here. We publish dozens and dozens of politics-only news stories every hour. Click here to get to know more about your politiko - from trivial to crucial. it's our commitment to tell their stories. We follow your favorite POLITIKO like they are rockstars. If you are the politiko, always remember, your side is always our story. Read more. Find out more. Get the latest news here before it spreads on social media. Follow and bookmark this link. https://goo.gl/SvY8Kr

The local government of Quezon City has started the payout of cash assistance to beneficiaries who had missed their payout schedule, Mayor Joy Belmonte said.

As of August 28, a total of 2.3 million individuals or 747,520 families have claimed their P1,000 to P4,000 aid from different distribution centers in the city. However, there are still 89,154 households who have yet to claim their financial aid as they did not appear during their schedule.

Individuals belonging to low-income families received P1,000 while a household received a maximum of PHP4,000.

Beneficiaries who have yet to get their cash aid are advised to monitor the Quezon City government’s Facebook page and website for further announcements.