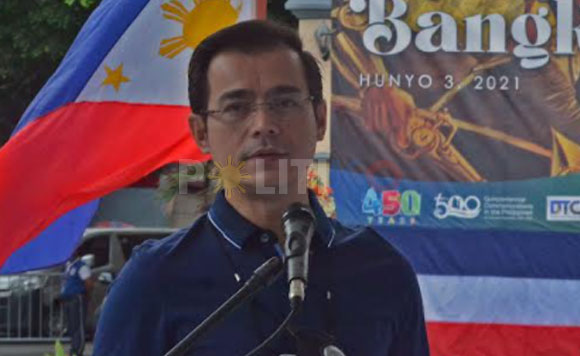 0 230
Share
Want more POLITIKO News? Get the latest newsfeed here. We publish dozens and dozens of politics-only news stories every hour. Click here to get to know more about your politiko - from trivial to crucial. it's our commitment to tell their stories. We follow your favorite POLITIKO like they are rockstars. If you are the politiko, always remember, your side is always our story. Read more. Find out more. Get the latest news here before it spreads on social media. Follow and bookmark this link. https://goo.gl/SvY8Kr

In a statement Tuesday, August 10, Moreno advised beneficiaries to “behave” and be disciplined in receiving the cash assistance from the national government.

There were concerns about the distribution of cash aid in Metro Manila after President Rodrigo Duterte said in a speech Monday, August 9, that he will take away a “certain LGU’s” duty to distribute cash aid because its officials were supposedly disorganized.

While Duterte did not name the LGU he was referring to, some believed it was Manila because the President also took a potshot at Moreno in his speech.

Moreno, however, thanked Duterte and the national government for releasing the funds for the cash assistance.