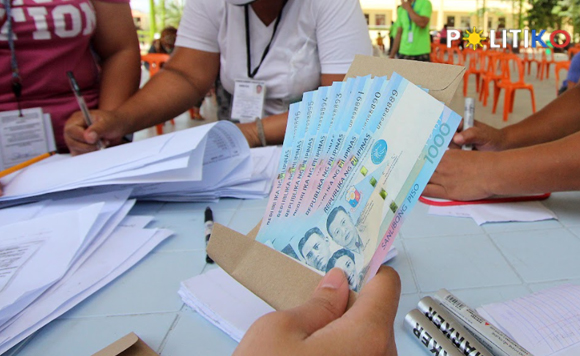 0 334
Share
Want more POLITIKO News? Get the latest newsfeed here. We publish dozens and dozens of politics-only news stories every hour. Click here to get to know more about your politiko - from trivial to crucial. it's our commitment to tell their stories. We follow your favorite POLITIKO like they are rockstars. If you are the politiko, always remember, your side is always our story. Read more. Find out more. Get the latest news here before it spreads on social media. Follow and bookmark this link. https://goo.gl/SvY8Kr

Quezon City Mayor Joy Belmonte has advised beneficiaries of the national government’s cash aid program to refer to the list released by their barangays and the local government to avoid confusion from fake news.

In a statement, Belmonte said information about the distribution of cash assistance will be posted on the official social media pages of the local government and the barangays in Quezon City.

An individual belonging to a low-income family stands to receive P1,000 while a household can receive a maximum of P4,000 as financial assistance for the duration of the two-week enhanced community quarantine (ECQ), which will run until Aug. 20.

The city government is set to start distributing cash aid on Wednesday, August 11. Beneficiaries claiming financial assistance should bring an original and a photocopy of their DSWD SAP Form or QC SAP Form, and one government-issued ID (original and photocopy).