Tuloy protesta! Here are rules that Joy Belmonte, rallyists agreed on for SONA 2021 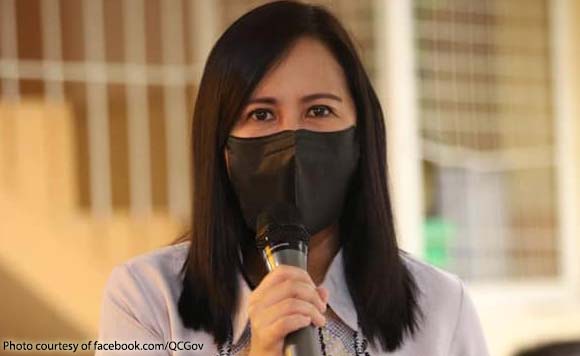 0 201
Share
Want more POLITIKO News? Get the latest newsfeed here. We publish dozens and dozens of politics-only news stories every hour. Click here to get to know more about your politiko - from trivial to crucial. it's our commitment to tell their stories. We follow your favorite POLITIKO like they are rockstars. If you are the politiko, always remember, your side is always our story. Read more. Find out more. Get the latest news here before it spreads on social media. Follow and bookmark this link. https://goo.gl/SvY8Kr

The local government of Quezon City has allowed progressive groups to stage a protest along Commonwealth Avenue on President Rodrigo Duterte’s final State of the Nation Address (SONA) on July 26.

The rallyists, however, needed to follow protocols set by the city government and the police to ensure public safety amid the threat of the COVID-19 Delta variant.

Quezon City Mayor Joy Belmonte said the names and contact details of all rally participants should be submitted to the CESU for contact tracing should any individual test positive, and that a plan of their health protocols be submitted for approval.

“We were assured by the rally organizers that they would closely monitor their ranks and we consented, subject to strict adherence to health protocols,” Belmonte said.

Rally organizers also agreed to abide by the city’s ordinances and do away with any program along Commonwealth Avenue to avoid disrupting the flow of traffic. Their respective programs at their assembly areas will also be shortened to reduce exposure. It was also agreed that the march would not extend beyond the St. Peter Church along Tandang Sora.

As per the organizers, food will not be served. Facemasks, face shields, and hand sanitizers will be provided to those in attendance.