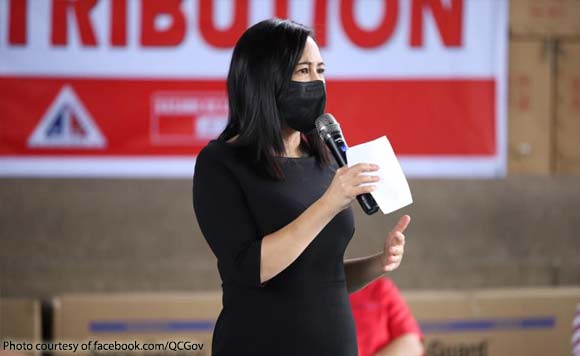 0 1,120
Share
Want more POLITIKO News? Get the latest newsfeed here. We publish dozens and dozens of politics-only news stories every hour. Click here to get to know more about your politiko - from trivial to crucial. it's our commitment to tell their stories. We follow your favorite POLITIKO like they are rockstars. If you are the politiko, always remember, your side is always our story. Read more. Find out more. Get the latest news here before it spreads on social media. Follow and bookmark this link. https://goo.gl/SvY8Kr

Belmonte issued the call as she stressed that road safety is a “shared responsibility” and public roads must not be obstructed.

“We do not tolerate private subdivisions that take advantage of our motorists just because they have to pass their gates. Mabuhay lanes are public roads and no one should pay any amount to access these roads,” the mayor said.

The Quezon City Department of Public Order and Safety recently demolished the guard house of a private subdivision in Katipunan Avenue in Barangay San Bartolome which was reportedly collecting fees from motorists and delivery trucks passing through.

The guard house owned by California Village situated along Katipunan Avenue, a mabuhay lane, was considered a road obstruction. In addition, the village guard house collects fees from motorists especially delivery trucks, from 50 pesos up to 200 pesos per day.

DPOS also demolished another guard house from California Village while the Sierra Vista Subdivision homeowners demolished two of their own guard houses, also along Katipunan Avenue.