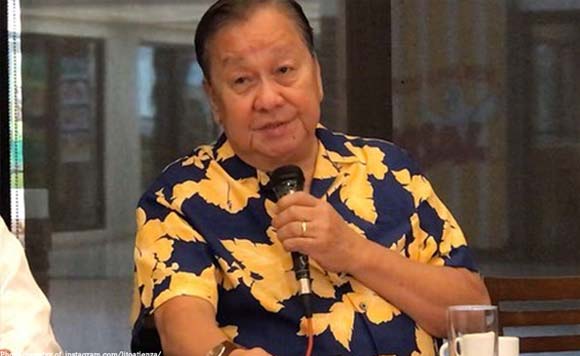 0 1,134
Share
Want more POLITIKO News? Get the latest newsfeed here. We publish dozens and dozens of politics-only news stories every hour. Click here to get to know more about your politiko - from trivial to crucial. it's our commitment to tell their stories. We follow your favorite POLITIKO like they are rockstars. If you are the politiko, always remember, your side is always our story. Read more. Find out more. Get the latest news here before it spreads on social media. Follow and bookmark this link. https://goo.gl/SvY8Kr

Luneta is being supervised by the National Parks Development Committee (NPDC) under the Department of Tourism (DOT).

Atienza pointed out that highly developed city governments have already resumed supervision of national urban parks within their jurisdiction.

Atienza is “absolutely convinced that progressive city governments are in the best position to look after national parks in their territories.”

He also pointed out that the city government is already spending for the public services needed for the park’s upkeep, “so we might as well give it back to the city for administration purposes.”

Luneta, also known as Rizal Park, was originally administered by the Manila City government until 1963 when President Diosdado Macapagal created the NPDC to oversee the development of inner-city national parks.

“The return of national parks to the cities where they belong will give more meaning to mandate of the 1987 Constitution for the State to advance local government autonomy,” Atienza noted. “The delegation of more powers and responsibilities to cities will also give more substance to the Local Government Code of 1991.”

The monument pays tribute to the December 30, 1896 public execution of the national hero Jose Rizal in Luneta, then known as Bagumbayan.

The flagpole marks the spot where the Philippine flag was hoisted on July 4, 1946, when independence was achieved from the United States.