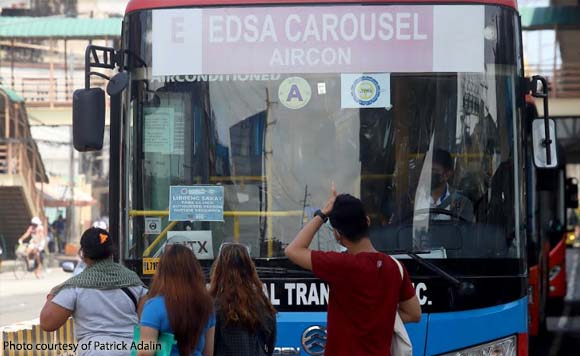 0 1,586
Share
Want more POLITIKO News? Get the latest newsfeed here. We publish dozens and dozens of politics-only news stories every hour. Click here to get to know more about your politiko - from trivial to crucial. it's our commitment to tell their stories. We follow your favorite POLITIKO like they are rockstars. If you are the politiko, always remember, your side is always our story. Read more. Find out more. Get the latest news here before it spreads on social media. Follow and bookmark this link. https://goo.gl/SvY8Kr

The Department of Transportation’s service contracting program (SCP) will be indefinitely suspended beginning Thursday while its continued funding is negotiated under the new 2021 budget.

In a statement on Wednesday, the DOTr and its attached agency the Land Transportation Franchising Regulatory Board (LTFRB) said the service, which includes the “Libreng Sakay” program, will be suspended as it is funded under the “Bayanihan to Recover as One Act” which effectively ended Wednesday, June 30.

Both programs have been found to help the public, especially the public transportation sector, amid the pandemic so its continued funding will be sought under Republic Act 11518 or the General Appropriations Act of (GAA) 2021.

“Makaaasa ang ating mga kababayan na gagawin ng DOTr at LTFRB ang lahat ng aming makakaya upang maipagpatuloy muli, sa lalong madaling panahon, ang programa (The public can rest assured that the DOTr and LTFRB will do what it can to resume the program as soon as possible),” the DOTr-LTFRB said.

In the meantime, the LTFRB will continue the distribution of payout and incentives for drivers and operators who have not yet received their due.

Post Views: 27
Continue Reading
Department of TransportationDOTrEDSA
0 1,586
Share
Politiko would love to hear your views on this...
More Stories