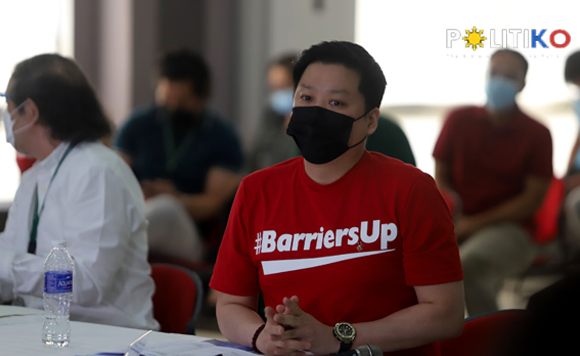 0 2,220
Share
Want more POLITIKO News? Get the latest newsfeed here. We publish dozens and dozens of politics-only news stories every hour. Click here to get to know more about your politiko - from trivial to crucial. it's our commitment to tell their stories. We follow your favorite POLITIKO like they are rockstars. If you are the politiko, always remember, your side is always our story. Read more. Find out more. Get the latest news here before it spreads on social media. Follow and bookmark this link. https://goo.gl/SvY8Kr

The factory whose owner paid a worker in five and 10-centavo coins will be temporarily closed for 15 days after Valenzuela Mayor Rex Gatchalian suspended its business permit.

In a Facebook post, Gatchalian said the local government found Nexgreen Enterprise committed more violations aside from the payment of centavos to its employee, Russel Manoza.

Gatchalian said the factory will have 15 days to correct all its violations.

“Valenzuela Business Permit and Licensing Office served a suspension order against Nexgreen Enterprise for its alleged unfair labor practices and violations. Nexgreen will be given 15 days to rectify the violations, failure to do so will result to revocation of business permit,” he said.

Gatchalian met with Nexgreen executive Jasper So after Manoza complained about receiving his two days’ worth of salary amounting to P1,056 in centavo coins.

Mendoza claimed the payment was a mistake but Gatchalian didn’t buy it. The local government also found that the factory owes Manoza over P55,000 in salary and overtime pay.