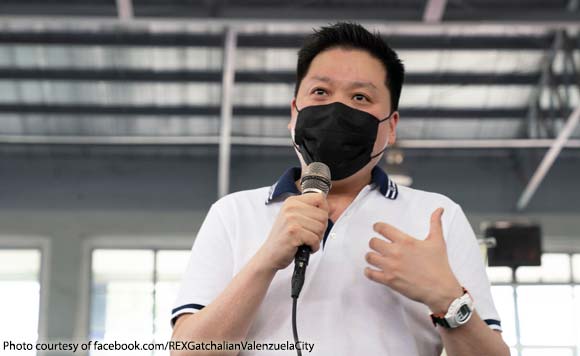 0 1,241
Share
Want more POLITIKO News? Get the latest newsfeed here. We publish dozens and dozens of politics-only news stories every hour. Click here to get to know more about your politiko - from trivial to crucial. it's our commitment to tell their stories. We follow your favorite POLITIKO like they are rockstars. If you are the politiko, always remember, your side is always our story. Read more. Find out more. Get the latest news here before it spreads on social media. Follow and bookmark this link. https://goo.gl/SvY8Kr

Gerard Seno, ALU-TUCP National Executive President said Gatchalian’s action to suspend the business permit of NexGreen Enterprises will “further encourage the faith of the workers in Valenzuela local government authority and earn their trust to the local governance process.”

Gatchalian took action after learning that NexGreen owned by Jasper Cheng So paid Manosa his P1,056 separation pay in five and 10-centavo coins.

“Mayor Gatchalian did the right thing in standing up for Russel and acted quickly in exercising his local chief executive prerogative on the alleged abuses committed by the employer,” Seno said. “We urge workers similarly situated to not just rant on abuses but also to file a complaint.”

At the course of investigation Gatchalian discovered that NexGreen committed several labor violations including underpayment of wage, non-payment of the mandated social protection insurance, non-payment of overtime and holiday pay, and found out the company operating without a mayor’s permit.

Gatchalian also ordered Nexgreen to pay Manosa his correct pay amounting to P55,614. Manosa had been employed in the company for five months.

“We are hoping that this incident would remind abusive employers in Valenzuela city and elsewhere in the country to take care of their workers by complying with the labor regulations and abide with the occupational safety and health standards faithfully,” Seno added.