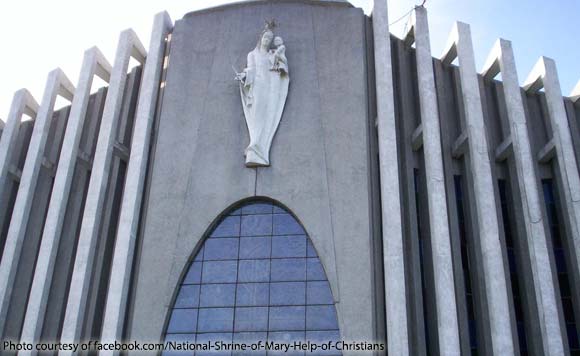 0 484
Share
Want more POLITIKO News? Get the latest newsfeed here. We publish dozens and dozens of politics-only news stories every hour. Click here to get to know more about your politiko - from trivial to crucial. it's our commitment to tell their stories. We follow your favorite POLITIKO like they are rockstars. If you are the politiko, always remember, your side is always our story. Read more. Find out more. Get the latest news here before it spreads on social media. Follow and bookmark this link. https://goo.gl/SvY8Kr

The House Committees on Tourism and on Appropriations has approved a measure seeking to declare the National Shrine of Mary, Help of Christians in Parañaque City a tourism destination.

Under House Bill 9553 the development of the immediate environs of the Shrine in Barangay Don Bosco shall be prioritized by the Department of Tourism (DOT), in coordination with the National Historical Commission of the Philippines (NHCP), the city government of Parañaque and other concerned agencies.

A tourism development plan will be created within one year from the enactment of the proposal.

The Shrine was created by Jaime Cardinal Sin in June 1975 and inaugurated on July 24, 1975 and solemnly consecrated on December 4, 1976 during the Silver Jubilee Year celebrations of the Salesians presence in the Philippines.

In 1985, the Catholic Bishops Conference of the Philippines (CBCP) gave the church the title of a National Shrine.