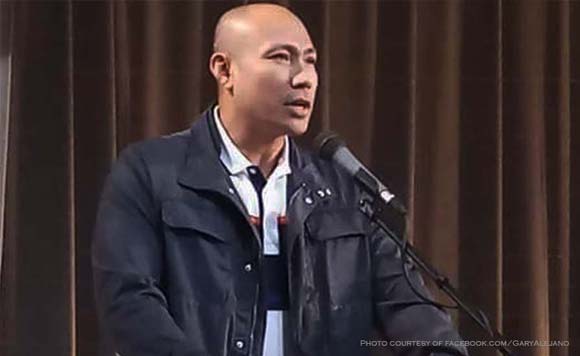 0 37
Share
Want more POLITIKO News? Get the latest newsfeed here. We publish dozens and dozens of politics-only news stories every hour. Click here to get to know more about your politiko - from trivial to crucial. it's our commitment to tell their stories. We follow your favorite POLITIKO like they are rockstars. If you are the politiko, always remember, your side is always our story. Read more. Find out more. Get the latest news here before it spreads on social media. Follow and bookmark this link. https://goo.gl/SvY8Kr

Gary Alejano is awaiting the next explosive development about the International Criminal Court’s probe regarding crimes against humanity of murder committed under the Duterte administration.

The former Magdalo congressman said he is “awaiting justice… for the kin of EJK victims, our constitution, and our people.”

He got reenergized after outgoing ICC Prosecutor Fatou Bensouda announced that she found reasonable basis to request for a full-blown investigation on Duterte’s war on drugs and the thousands of deaths believed to be state-sponsored killings.

This stemmed from an April 2017 complaint from the late abogado Jude Sabio, who once tried to withdraw the case after claiming that Alejano’s comrade, ex-Senator Sonny Trillanes, cut off financial support for him.

A similar complaint was filed by activists and families of eight victims in 2018.

Awaiting justice… for the kin of EJK victims, our constitution, and our people. ✊ #ICC