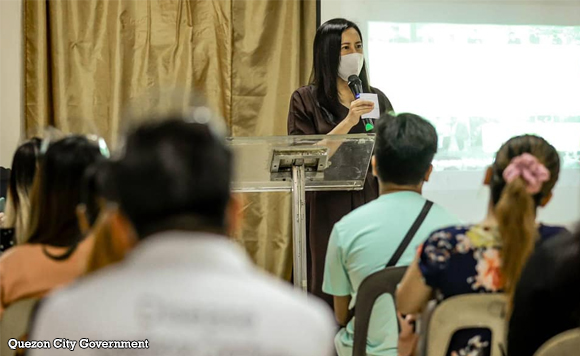 Quezon City Mayor Joy Belmonte called on business owners to strictly implement the use of the local government’s contact tracing app, Kyusipass, upon their customers’ entry into their establishments.

The Quezon City Epidemiology and Surveillance Unit’s (QC-CESU) report showed that from May 7 to May 31, 2021, the city was able to identify 22,315 individuals through data gathered from Kyusipass who might have been exposed to 119 positive individuals.

CESU sent a notification to the exposed individuals and urged them to report immediately especially if they are experiencing symptoms such as cough and fever.

Most of the confirmed cases visited establishments such as groceries, supermarkets, malls, and corporate offices during their infectious period.

“Dito natin makikita kung gaano ka-epektibo ang Kyusipass. After the contact tracers’ interview with our positive cases, we were able to trace these people who visited the exposure site an hour before and an hour after our confirmed case’s visit within his most infectious period,” Belmonte said.

“Kyusipass makes our data management easier. It also helps us to trace exposed individuals faster and easier. That is why establishments should have KyusiPass and we encourage our citizens to make use of this app,” she added.

Quezon City Ordinance 3019-2021 also known as the KyusiPass Ordinance, requires all 80,000 business establishments within the city to set up a KyusiPass QR code or provide a QR code scanner at their entrances.